SPG - GET TO KNOW DESIGN HOTELS

Design Hotels, the newest Starwood brand, is a collection of independently owned boutique properties with a focus on design and cultural authenticity. To get to know Design Hotels better, SPG launched a fun game with a chance to solve a simple puzzle that unlocks great prizes while educating you about Design Hotels. 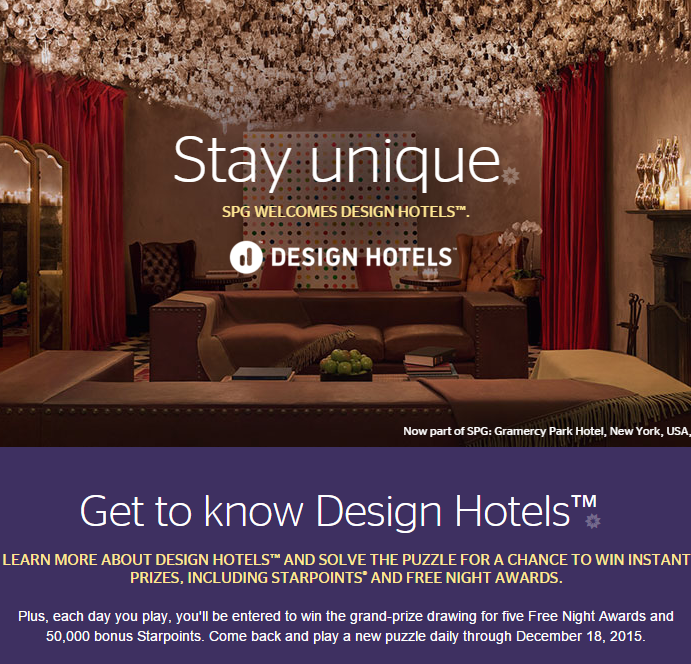 You can play the game once each day through December 18, 2015, for a chance to win fantastic instant prizes and to be entered into the grand prize drawing for five FREE SPG Night Awards (up to a category 6 hotel) and 50,000 Starpoints. The grand prize winner will be announced around December 23, 2015!

These are the instant prizes: 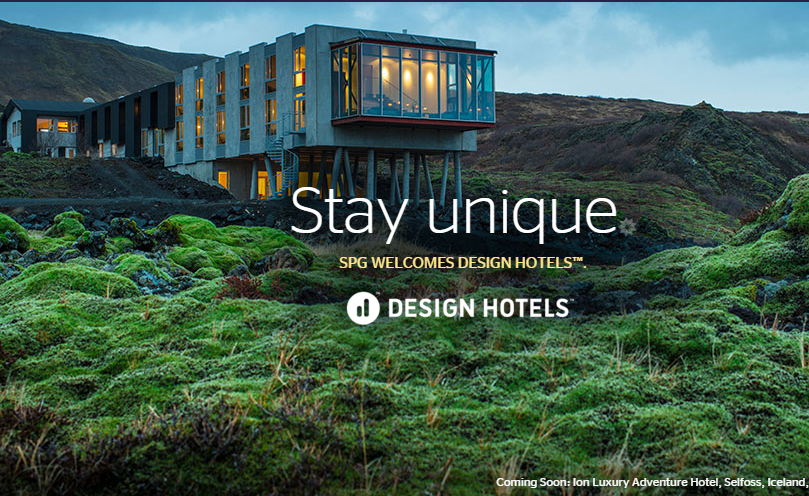 If you want a chance to win some great prizes, the game will take you less than a minute to play. While only five Design Hotels are currently part of the SPG program, 40 more should be introduced by year-end with more to follow in 2016! And in early 2016 you will also be able to redeem Starpoints for stays at Design Hotels. What an exciting development for SPG loyalists!

If you win an instant prize, go ahead and tell us all about it with a nice note on Facebook and Twitter!

And if you haven’t already, sign-up for complimentary alerts so you never miss an important TRVLVIP Perk or Tip about Starwood!