Through mid-2016, American Airlines AAdvantage is rewarding your loyalty with up to 12,000 bonus miles. The number of bonus miles you earn is based on the distance you fly, your elite status level and the First or Business Class fare you purchase until the new revenue based earning changes going into effect in mid-2016.

No need to register for this offer - if you’ve completed a qualifying flight, these bonus miles should already be in your account!

Here are the bonus details: 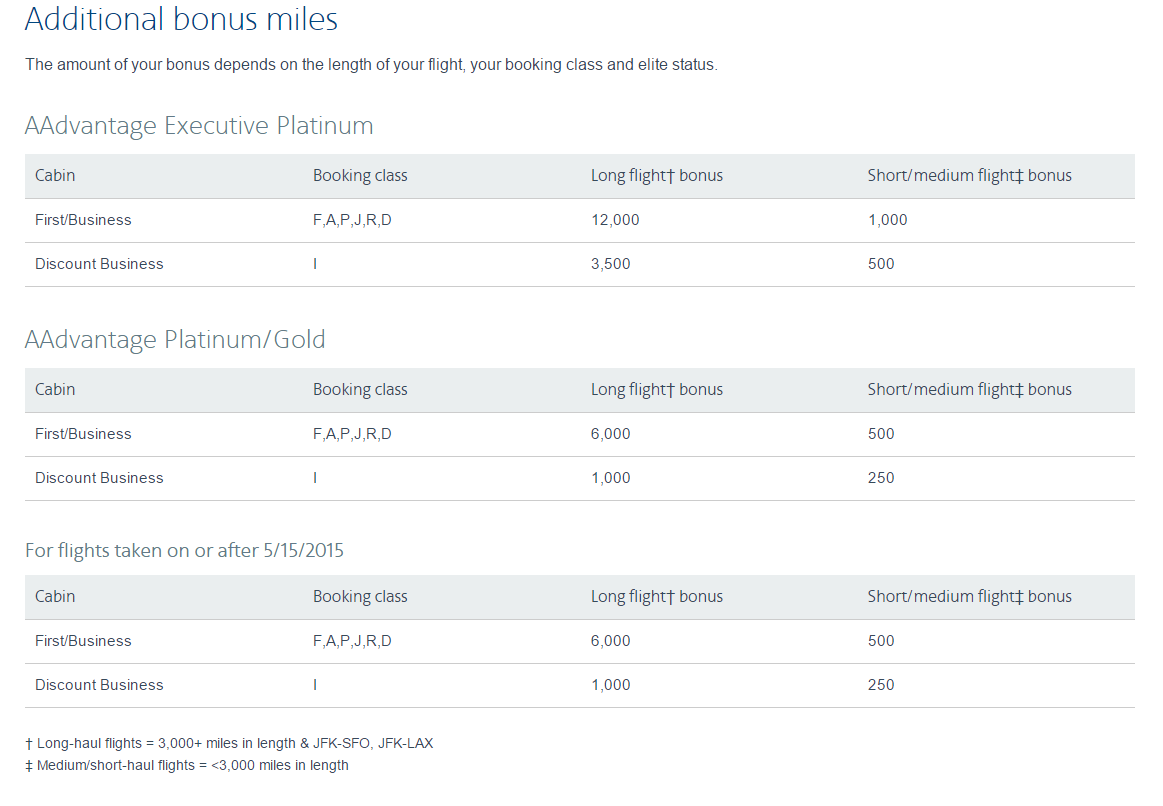 We’ve all been hearing about the upcoming 2016 changes to the American Airlines program, which will award redeemable miles based on the amount spent on each ticket instead of the actual miles flown. While many economy travelers will earn less in 2016 when these changes are effective, the revenue based earning structure tends to make big winners out of First and Business Class customers who pay a premium for their tickets.

Until mid-2016 American will still reward their members based on the miles they fly, but have upped the competitive ante by extending this premium bonus to compete for the same First and Business Class customers Delta and United are trying to attract with their spend-based programs until American’s own revenue based program is introduced in mid-2016.

Strings attached? Sure there are. And we’ve pointed out the important ones below:

If you spend big bucks with American Airlines, you might as well reap some additional rewards for your loyalty while the redeemable miles are still awarded on the distance flown.

And if you'd like to be alerted whenever American has an update or promotion and when TRVLVIP posts a great American Airlines Tip, register for complimentary alerts!